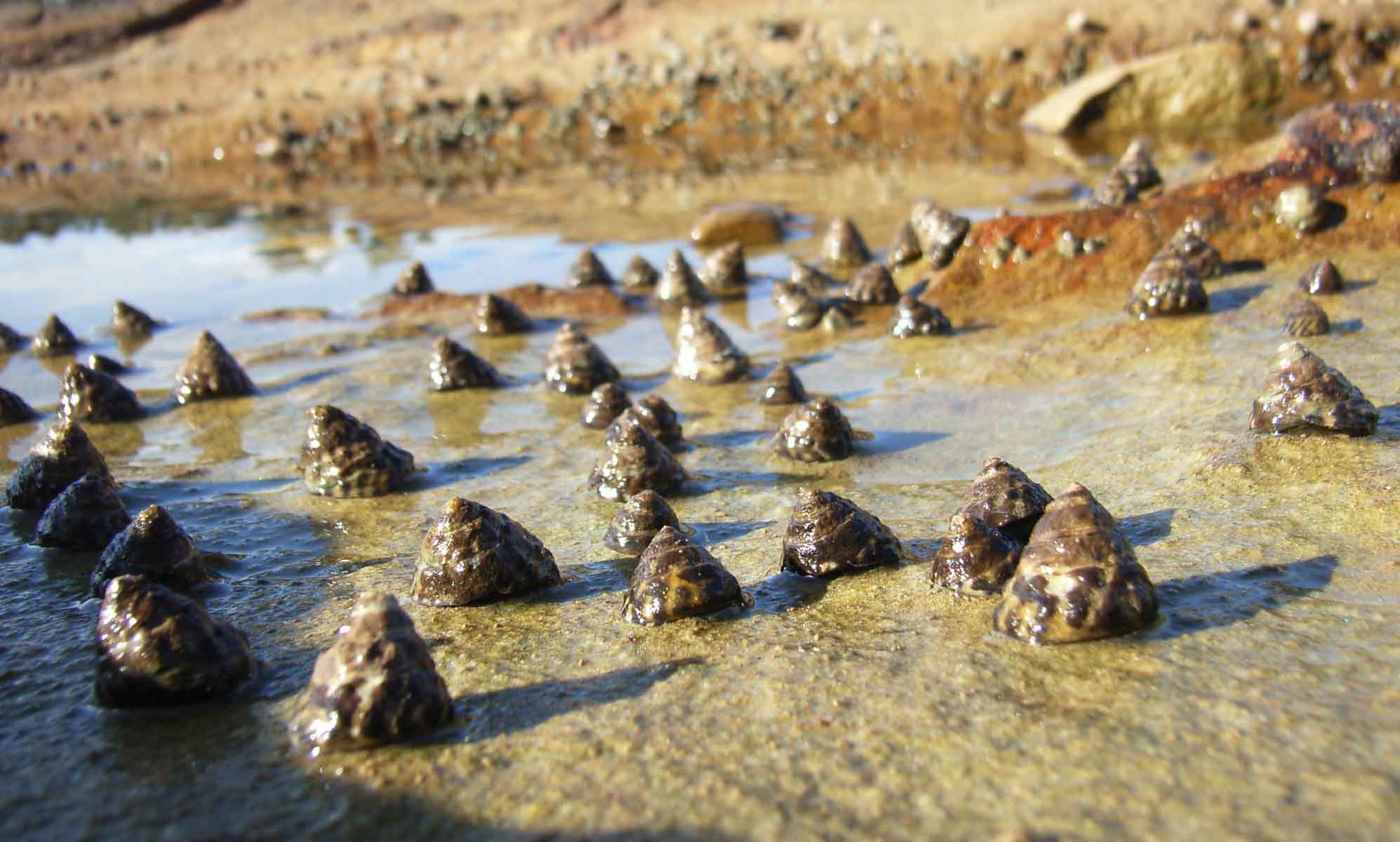 Coastal waterways are some of the most productive natural systems on the planet. For example, estuaries and bays provide food and shelter that support important fisheries. However, many of the features that make estuaries so productive also make them prone to acidification. The organisms that live in estuaries must have mechanisms for dealing with acidification, and understanding how estuarine creatures adapt to low pH may help us predict ecosystem responses to ocean acidification.

Recently my colleagues and I published a paper looking at the impacts of estuarine acidification on oysters and the invertebrates that live in oyster reefs, using a case study in New South Wales, Australia. Many coastal areas in New South Wales are characterized by acid sulfate soils, which form sulfuric acid. We transplanted oysters in water of varying pH, and recorded how the oysters fared, as well as how the invertebrate community in the oyster reef changed.

Overall, oyster-associated invertebrate communities that were exposed to acidiﬁcation were signiﬁcantly different from communities with low risk of exposure. The mussel Xenostrobus securis and the snail Bembicium auratum were signiﬁcantly less abundant in oysters that were exposed to acidiﬁcation, as compared with communities from areas with low risk of exposure. Both of these species are calcifiers, meaning they build shells out of calcium carbonate, which dissolves in low pH.  The snail can migrate to avoid acidified water, which is a likely reason we observed fewer snails in acidified oyster reef. However, mussels do not migrate, and may instead experience higher mortality rates in low pH water. The response of these species to estuarine acidification suggests that calcifiers may be great indicator species that can help predict the impact of acidification on a community of organisms, even in an ecosystem that has been exposed to acidification for decades, such as the estuaries in New South Wales.

An additional finding in this study involved the relationship between oyster mortality and invertebrate community composition. The mussel Xenostrobus securis and the limpet Patelloida mimula were negative correlated with
oyster mortality, suggesting that these communities are closely tied to oyster survival. Both of these species are immobile- therefore, oyster mortality may impact immobile organisms first, reducing their abundance.

This study provides possible indicator species that could be used to look at acidiﬁcation in the Hastings Estuary and other coastal systems in NSW. Identifying indicator species that are sensitive to changes in pH may help ecosystem managers to relate changes in the environment to taxonomic diversity, and allow for a scientiﬁcally sound and logistically feasible means to see the impacts of management decisions.

Finally, the results of this study suggest that the fate of this ecosystem is closely tied to that of its foundation species, the Sydney rock oyster. Because oysters and many other habitat-forming species such as seagrasses, corals, and kelp are at risk due to anthropogenic stressors, the degree to which habitat-forming species and their associated communities respond similarly or differently to the effects of environmental stressors is of concern. Resistance to acidiﬁcation in oyster-associated species in coastal NSW may depend on the ability of oysters to persist in the face of environmental ﬂuctuations or degradation.